My end of summer outing!  And summer it was……95 degrees on the portable thermometer, probably hotter – as I wound up in the sun for the last 30 minutes!  But STILL FUN!  I left the house around 1:20 pm EDT with my wonderful wife encouraging me to go!  (We were working in the house with new furniture and cleaning – but we got home from church, had breakfast, and every time I would start to “hesitate” – read make excuses why I shouldn’t go – she told me, “Go have some fun!”  Wow!  Whadda gal!

I drove about 3 miles to Buschman Park, a City park that I actually have some history associated with it’s origin.  Back in the late 1970’s I worked as a police detective in the Port Orange Police Department – and one of our problem “drug houses” belonged to a family that owned several acres with a natural, fresh water stream on it.  After working some undercover buys, I got a search warrant we executed it seizing all kinds of drugs, guns, and cash.  Arrested several of the family members including the mom! It was the start of what ultimately would become a  “documentation trail” of having the site designated a “problem property”, and the City seized it in a court action.  It then was developed as Buschman Park, named for a local Audubon  enthusiast and arborist .  You can see the park amenities here:  https://www.port-orange.org/Facilities/Facility/Details/Buschman-Park-4

On arrival, I setup at a picnic table and in the first hour, worked 10 other “skeeters” in quick fashion.  By this time, the sun moved West, and the shade with it.  I took a short break, and after another hour, called it quits.  Radio conditions were not great, and it was really getting hot in the direct sun.  When I secured, I was at 15 contacts in 11 states and one Canadian DX.  Not too bad for 3 watts and a small vertical antenna!  Here’s some photos……. 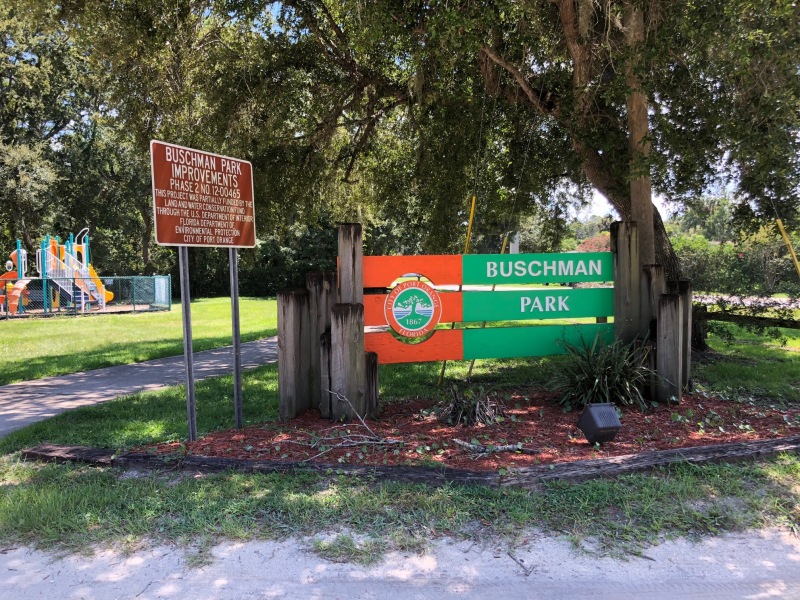 The Entrance to Buschman Park

The 20M Hamstick Antenna at the water’s edge 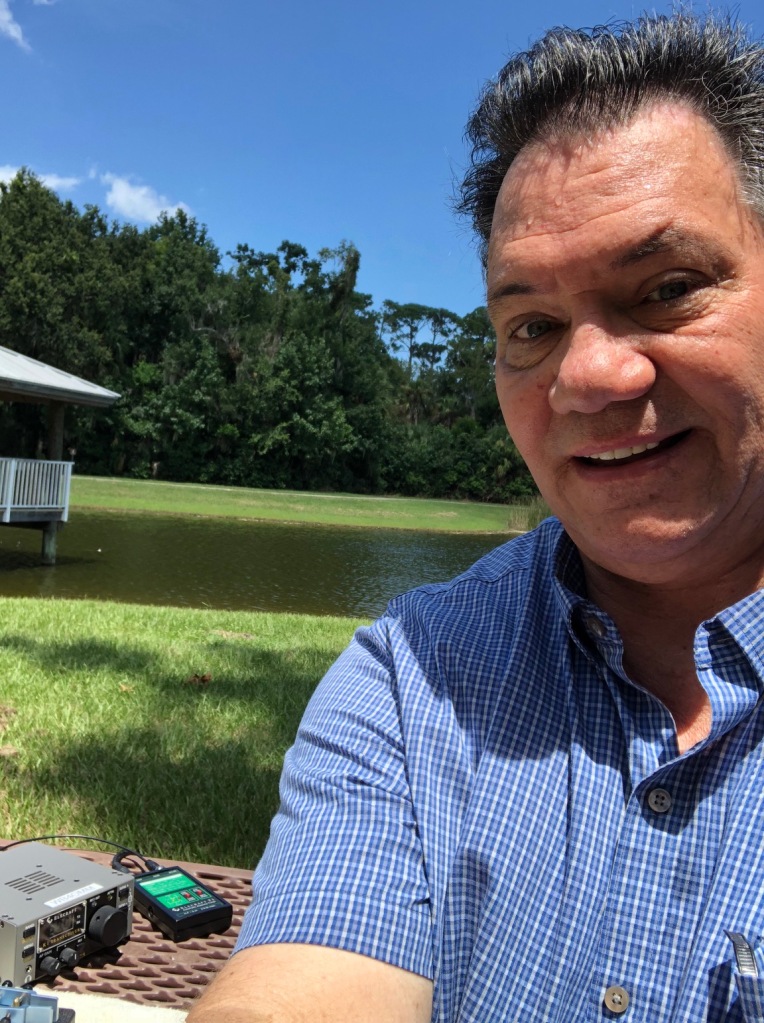 And my always necessary “selfie” with the equipment and lake in the background!